Some of the features introduced in this version have been backported from contemporary Dev Channel builds. 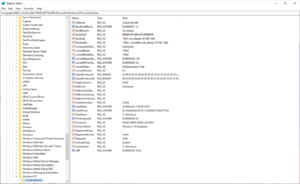 "Version 2009" mention in the Windows Registry

This version drops the YYMM numbering scheme, introduced with the November Update, in favor of the half-year based YYHx scheme already used previously for codenames since the Windows 10 May 2019 Update. However, the former scheme is still in use, and is "Version 2009" as seen in the ReleaseId Registry key in order to keep compatibility with some applications. Later versions still contain the key with the same value.