Cairo was the codename of an unreleased software project by Microsoft, intended to bring next-generation technologies to Windows NT. The project was originally announced at the 1991 PDC (Professional Developers Conference) and later demoed at the 1993 PDC.

The Cairo project consisted of a revamped core operating system, as well as new services and server tools to ship alongside the core OS. Initially, the core OS would be based on Windows NT 3.1 and later Windows NT 3.5x, but after Windows 95 adopted the Cairo UI, it was pushed back to target what became Windows NT 4.0 instead.

Cairo development continued through until 1996, after which the project was canceled. During that time many of the components slated for Cairo (such as the user interface) were instead repurposed for Windows 95, which continued the Windows-on-DOS line. Windows NT 4.0 would later ship with the Windows 95 shell and already-released Cairo components. The remaining components from Cairo would later influence future Windows projects, such as the canceled WinFS and Active Directory.

Three different retail SKUs were planned for Microsoft Cairo, all aimed at the enterprise market: 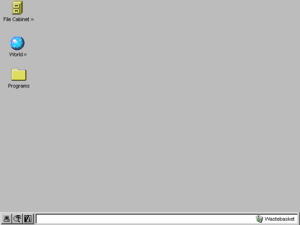 Currently, only three builds of Cairo are known to exist, however only one has been found.