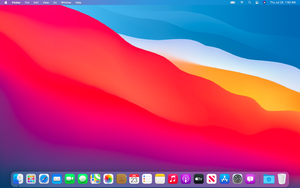 At WWDC 2020, Apple declared that they're going to switch to using the Apple Silicon SoC in Macs.