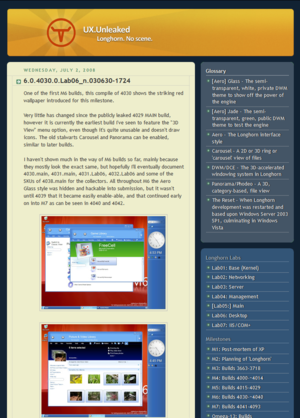 This blog has no new posts from the owner since 2 July 2008. As of today, all of the builds listed on the site have been shared, mostly by Grabberslasher himself.

Retrieved from "https://betawiki.net/index.php?title=UX.Unleaked&oldid=183027"
Category:
Cookies help us deliver our services. By using our services, you agree to our use of cookies.