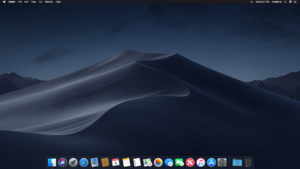 Note: Wikipedia's and Apple's Developer CD numbering scheme is GARBAGE and shouldn't and isn't being used.

The original Macintosh System Software is based on the Lisa OS and UI concepts from Xerox PARC. It uses a monolithic architecture but lacks support for memory management, protected memory, access controls, and conflict-free extensions. Only one application at a time could be supported under System Software until version 5 when MultiFinder was introduced.

In 1997, Apple rebranded the Macintosh System Software to Mac OS. Mac OS would continue to be developed until the introduction of Mac OS X, after which Apple only delivered minor updates to the classic Mac OS. The final minor updates were designed to ease the transition to OS X. Carbon, an API introduced with Mac OS 8, works as the transitional API for classic Mac OS and Mac OS X applications.