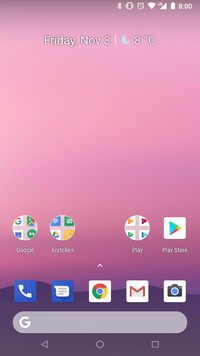 Every major Android version since 1.5 has a codename based on different desserts, they are all in alphabetical order.